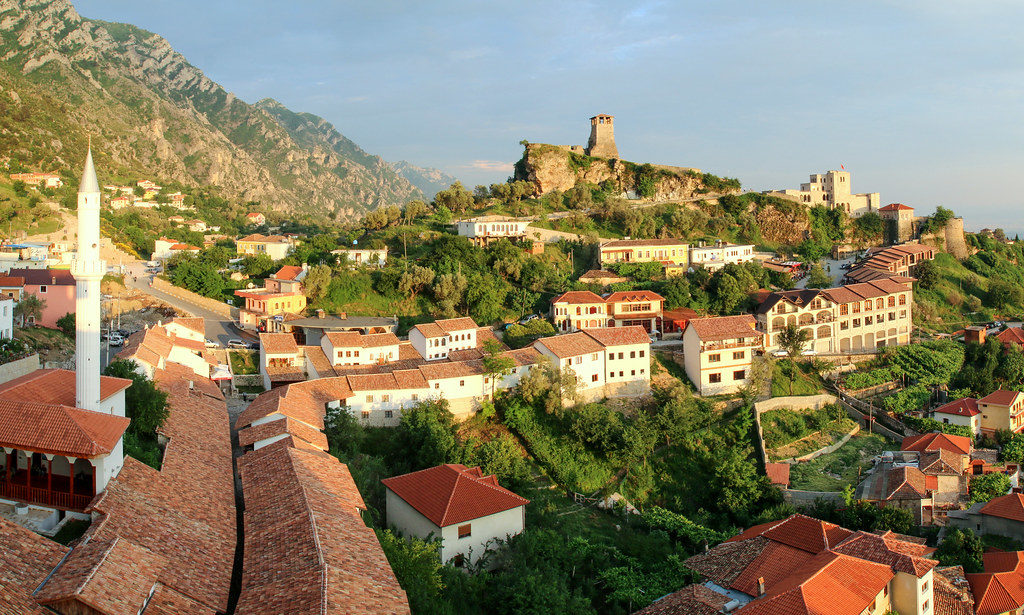 Skanderbeg, the Albanian national hero, well known for his battles against  the ottoman empire, was born in the historical city of Kruja. This is a small but beautiful city, only 32km away from Tirana the capital of Albania and very close to Tirana International Airport.

Kruja is mostly known as a wonderful historic city, it offers an open vista to an amazing panoramic view, just 608m above sea level. This is a magnificient view that should not be missed from the turists and why not even the locals.

Based in the history, the name and the importance of the city are closely related to the 25 years of activity of our national hero, Skanderbeg, who in the fifteenth century made Kruja a bastion of uncompromising resistance against the Ottoman.

This museum was built in the famous Kruja fortress, the headquarters of the arberian state and the personification of the defeat of the Ottoman armies, for three consecutive years, in the nineteenth century. XV. In this museum are exhibited many original objects, documents and bibliographies, authentic reproductions that speak clearly about the history of the Albanian people in the 20th century. XV and beyond. In this museum are counted pavilions such as the pavilion of antiquity and early medieval, the pavilion of Albanian principals, the Ottoman invasion and facing this invasion, the pavilion of medieval castles, the Albanian resistance, Skanderbeg’s chancellery, the library, the hall of the princes Pinocotheque and finally the heritage and eco-hall. In these pavilions are exposed ceramic, bronze, iron, copper, various facsimiles, original icons, inscriptions, bell of 1462, original swords of the century. XV etc.

Within the walls of the castle there are also the Ethnographic Museum and the Dollma Tekke.

The Ethnographic Museum, built in 1764, belonged to one of the wealthy families living in the castle. The Museum is set in a walled courtyard with two gateways. It is a typical Ottoman style house and most of the items are original.

Near the castle’s entrance there is the traditional market, which dates back to the period of Skanderbeg. Here, tourists can find Albanian craft products such as embroidered items, carpeting, silver objects, copper, alabaster, filigree, traditional clothing and antiques.

This wonderful road made of stone, it is knows as the Old Bazaar of Kruja. Above all, don’t miss the chance to take picture with ‘qeleshe‘ here, which is a traditional hat in Albania.

In addition, the nature in Kruja is lovely and especially if you visit it in autumn, all the leaves will have started changing color, which provides fascinating pictures.

Also you can enjoy a good meal, in the restaurants near the hill, where the view will be incredible.

An advice for all the tourists:

When you visit Kruja, don’t leave it before tasting a traditional Turkish coffee. 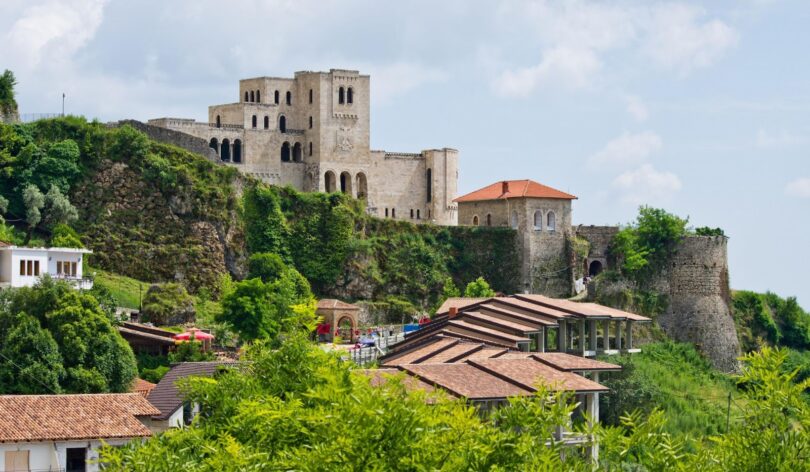