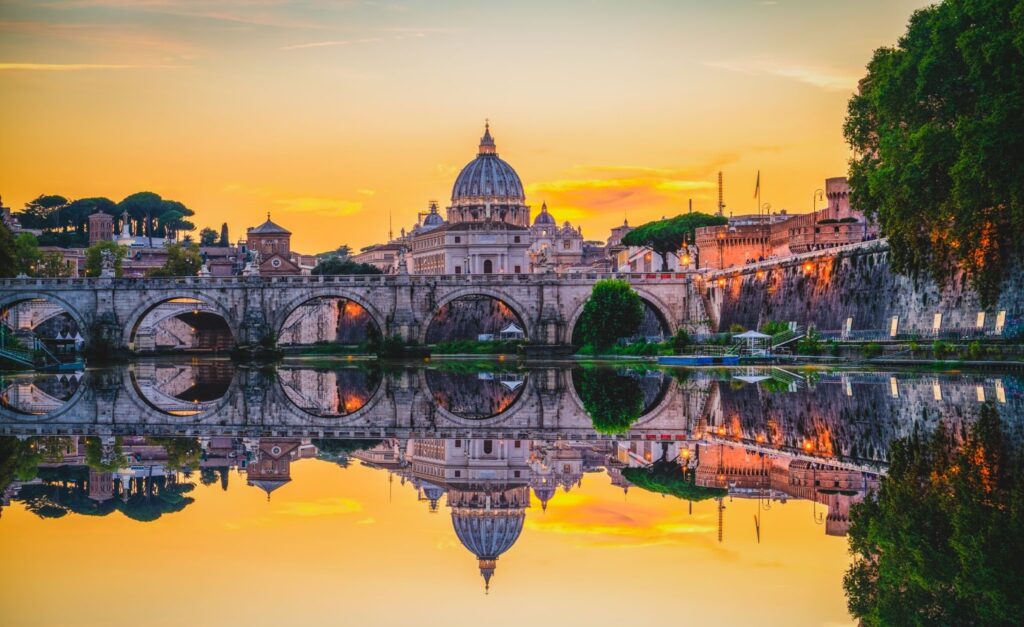 The Italian capital is one of Italy and indeed Europe’s most popular destinations. Steeped in rich Roman history, the city is home to one of the New Seven Wonders of the World in the Roman Colosseum and the seat of the Italian government, the stunning Trevi Fountain, and plenty else besides. In this article, we’ll discuss six of the must-visit destinations during your city break in Rome.

There’s really nowhere else to start. The Colosseum is one of the most recognizable landmarks in the entire world and is on the bucket list of every serious traveler. Constructed in around the year 70 AD, the Colosseum is incredibly well preserved! It used to act as an amphitheater for gladiators and wild animals, with the Roman Emperor often in attendance to watch sporting events unfold. He was accompanied by up to 80,000 spectators, making the Colosseum only slightly smaller than Wembley Stadium at its peak! The true majesty of the site can be appreciated from the inside, with the majority of the original structure still standing. Visitors can walk around the entire Colosseum and see the structure from all angles. There is a metro station right next to the site, so access is easy, though you may wish to pre-book your ticket in order to skip the long queues of visitors.

Rome is the only city in the world to hold an entire country within its limits – the Vatican. Home to the Pope, the head of the Catholic Church, it is a popular pilgrimage destination with Christians from around the world. St Peter’s Square is surrounded by towering white columns and crowned by St Peter’s Basilica, which is the official residence of the Pope and where he conducts mass and other special events in the Christian calendar. The Basilica is open to the public, and wonderful views over the city and St Peter’s Square can be enjoyed from the top of the building. 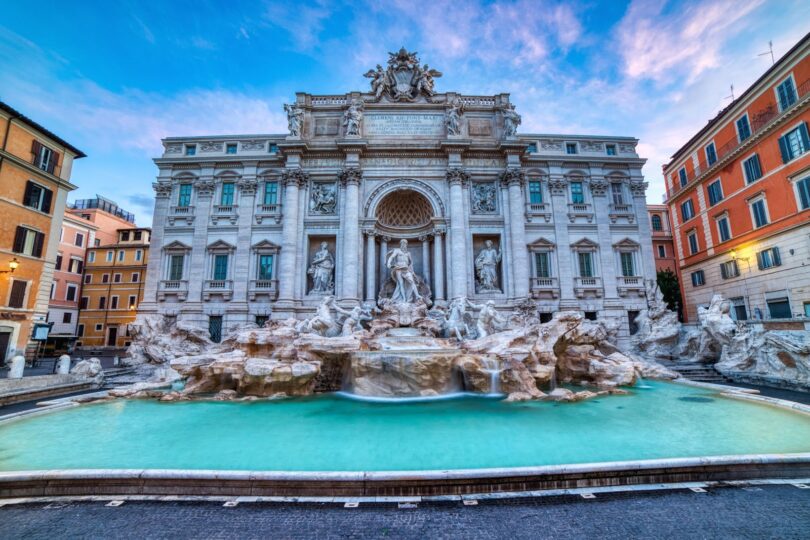 Perhaps the most famous fountain in the world, the Trevi Fountain, is instantly recognizable. Constructed in the 1760s as a tribute to the Roman God Oceanus, the lavishly decorated fountain is intricately detailed and an actual work of art. Throwing coins into the water is supposed to bring good luck, and the fountain represents a fantastic photo opportunity if you can get close enough!

Another of Italy’s most important historical sites, the ruins of the Roman Forum, give us an insight into life during the time of the Romans. The Forum was once the heart of life in the city, with numerous temples, public squares, and arches located in the area. Many of these are still standing and can be visited in the Forum, including the Temple of Saturn and the Arch of Severus. Tickets to the Colosseum usually include entry to the Forum as well, meaning you can combine both of these iconic sights in one day. So make sure to give yourself plenty of time to explore the Forum and really come to grips with the fascinating history of the site.

Our final highlight sees us return to the Vatican and one of the most famous chapels in the world. Since extensive restoration work in the 1400s, the Sistine Chapel has been a crucial part of the Christian religion and is where the new Pope is selected. Works by Michelangelo decorate the chapel and visitors are reminded to lift their heads upwards to make the most of the incredible ceiling artwork, also completed by the legendary artist and renowned as some of his finest work.

Dating back to 118 AD, the Pantheon is one of the best-preserved Roman buildings in Rome and the world. It is also one of the city’s most popular attractions. The rectangular porch is lined with towering columns, and the interior is beautifully decorated with a magnificent dome, which allows sunlight to stream into the building. The Pantheon is also located right in the heart of the city, making it easy to combine with other attractions in the city through Rome’s excellent metro network.

The main drawcard of Rome is its history – there are countless iconic attractions to visit. From the mighty Colosseum to the Forum and the Vatican City, history buffs won’t get bored. Being a capital city, Rome also has plenty else to tempt visitors and keep them busy. A plethora of public squares are lined with charming cafes and mouth-watering restaurants, whilst a number of parks, museums, and more keep visitors entertained. 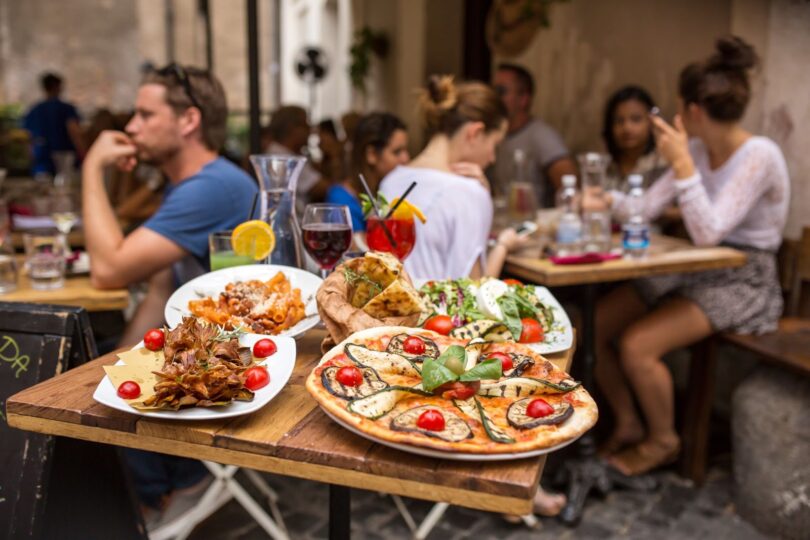 On that note, I must say that all of Rome is exquisite! The hotels are “over the top” luxurious, and you’ll find some of the finest restaurants in Europe (but don’t forget to hit the side streets where you can find local delicacies that will make your mouth water.) Of course, there is an abundance of museums, culture is everywhere, and the people watching is never ending!

Some of the most memorable times you’ll have in Rome will be simply strolling the various neighborhoods and experiencing everyday life as it passes by. Whether it is a handsome man on a Vespa or sitting on a bench in Piazza Navona with the best gelato you’ve ever tasted. try new things like maybe the Italian wines you would normally never have the nerve to try. It’s all at your fingertips.

I do have one standout memory while visiting Rome and that was a colosseum tour but one that allowed private access onto the stage. Now, I’m normally not great with organized tours but that was an exceptional experience that I would highly reccomend.

Insider Tip: Watch the movie Eat, Pray Love. When Julia Roberts walks up some stairs and all of a sudden is on Castel Sant Angelo’s observation deck staring at the city from arguably the best spot in the city. That is why people go to Rome, for that feeling.